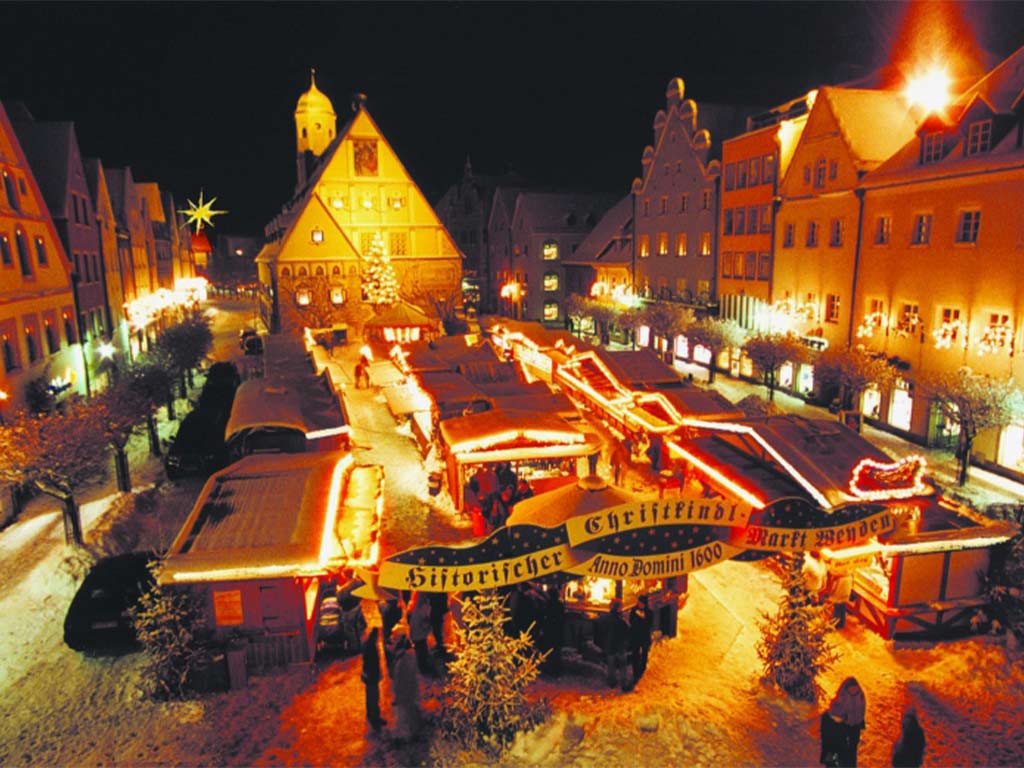 The pedestrian zone with many cafes and restaurants, small shops and large department stores starts right outside the “Klassik Hotel am Tor”. All attractions and the “Max Reger city park” are located in the immediate vicinity .
Discover how the “Untere Markt” transforms to an italian style “piazza” in the evening hours.

The year 1241 is widely regarded as Weiden’s date of birth, although it is believed that there had already been a settlement around the year 1000. Located at the junction of two pivotal trade routes, namely the “Golden Street” from east to west and the “Magdeburg Street” from north to south, Weiden early developed into a commercial center. In 1531, Weiden boasted as many as 2,200 inhabitants. The town suffered severe setbacks caused by two fires, the Thirty Years’ War, and the plague. These setbacks lasted to the end of the 18th century.

The actual rise of the town began in 1863 when Weiden was connected to the railroad system. The coming of important glass and porcelain businesses was accompanied by an increase of its population. At the turn of the century, Weiden had 10,000 inhabitants, and, between 1945 and 1955, the population swelled to 40,000 due to a heavy afflux of refugees and expellees. Weiden retained its population, strengthened its economic power and infrastructure, and reclaimed its original place in the middle of Europe owing to both Germany’s reunification and the collapse of the borders to Eastern Europe and especially to the Czech Republic. Today, the “Superior Center Weiden” is home to 43,000 people living on 68,5 km². Even though the world famous glass and porcelain businesses would make us believe otherwise, Weiden has never been a typical industrial town. Weiden’s mayor Hans Schröpf is able to support this fact with current figures. Last year, only one third of a total of 30,000 employees worked in industry whereas two thirds worked in services.

It goes without saying that in the course of the last two decades, commerce and industry have changed significantly. As a result, the monostructure of glass and porcelain was curbed and supplemented by various businesses dealing in the construction of vehicles, plastics processing, or microelectronics. Nevertheless, internationally renowned businesses such as Bauscher, Seltmann, and Nachtmann are still of great import for the local industry.

In commerce, the town and, first and foremost, the trade mark Witt Weiden were able to further expand its central retail trade and to offer many attractive opportunities in services. Among the regions of the northern Upper Palatinate, Weiden ranks high in contrast to its neighboring cities as far as the economic situation is concerned, a fact that goes back to the town’s continuous economic power. Weiden’s gross turnover with regard to prices of production totaled 1,497 Mio € in 2000 and 1,624 Mio € in 2004. This amounts to an increase of 8,5 %.

Having a catchment area of more than 300,000 people, Weiden is valued even beyond the town’s borders for its recreational and leisure facilities, the whole gamut of types of schools, and its excellent shopping opportunities. Many political, social, and business connections give additional vigor to the bustling town. Thus, Weiden is the cultural and economical hub of the northern Upper Palatinate.

Schlörplatz 1a
92637 Weiden in der Oberpfalz